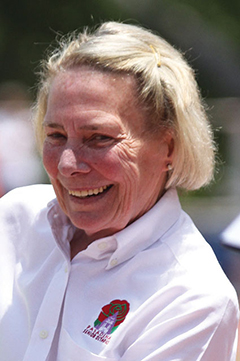 Sandra B. Greenstein: It's Never Too Early to Look Ahead 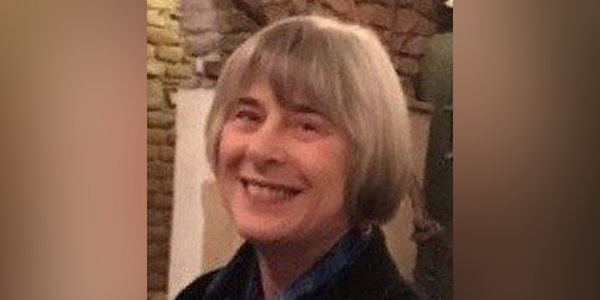 As president of the Pasadena Senior Center's Board of Directors, Sandy Greenstein is deeply involved with the support of its mission and programs. But she admits that when she first began writing small annual checks to PSC 15 or so years ago, her motives "weren't entirely altruistic."

Greenstein, in her mid-40s at the time, first learned of Senior Center while reading a newspaper article. "I thought, 'Gee, that's a good thing. I hope that's there when I need it,'" she said recently.

It proved to be the spark for her support of the Center, and she urges middle-aged adults to think in similar terms. What better target for your philanthropy than an organization you might personally come to benefit from some day?

"I lost both of my parents in the last 18 months," Greenstein said. "They were healthy, they exercised, and they didn't smoke. But as they got into their late 80s and 90s, they were extremely disabled. It was just one of those learning experiences: When you're younger, you're invincible. But things can happen health-wise to very healthy people. It's a good idea to look ahead and support an organization that provides those services."

The Pasadena Senior Center offers an impressive array of those services, including exercise and fitness classes, help with computer literacy, and any number of hobbies or special interests. The seminars and special events it hosts can be invaluable for people reaching the later stages of life. Recent offerings have included workshops on downsizing and relocating, taking on a roommate to help defray costs and remain in your home, and practical advice about preparing your income tax.

One of Greenstein's favorite services provided by the Center is Telephone Reassurance, in which calls are made daily to homebound seniors. The service is offered in Spanish, too. A similar offering is the Home Tea Program, in which tea and an inspirational card are sent home to a senior once a month. "I suspect I could be one of those people someday," she said.

Greenstein is so interested in what the Pasadena Senior Center has to offer – she has made plans in her estate through a Charitable Gift Annuity with the Pasadena Community Foundation. Whether middle-age adults are advocating for an aging parent or pondering the inevitable realities of their own sunset years, it's never too early to get involved, she feels.

"In my work, I was always interested in youth employment and women in the workforce," Greenstein said. "I had no interest whatsoever in aging [issues]. But it's a good idea to get interested, because that is our future and there are a lot of decisions to be made. Our quality of life depends on how much planning we do."