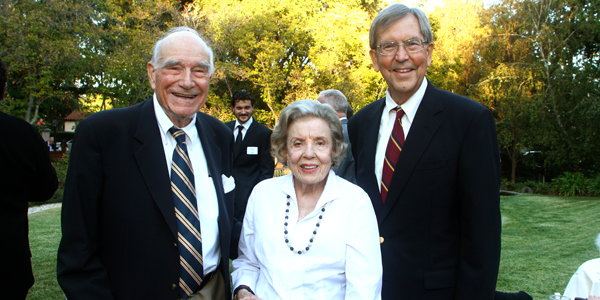 A beloved philanthropist and consummate volunteer, the generosity of Margaret "Maggie" Foley Jagels to the community was no secret.

Maggie's interest in the Pasadena Senior Center began in 1961 when she was a member of the Junior League of Pasadena and served on a committee to help find a way to fund an Executive Director position for the Center. Over the years, she continued to be a great supporter of the Center, eventually serving on the Center's Board of Directors in the mid-1990s.

After Maggie passed away in January of 2016, we were deeply touched by her continued support when we learned that the Center would soon receive a bequest from her estate. It is through such bequests that we are able to fund our day-to-day operations and offer programs and services for seniors in our community, now and into the future.

We are extremely grateful to Maggie for her generosity and including the Center in her estate plans.